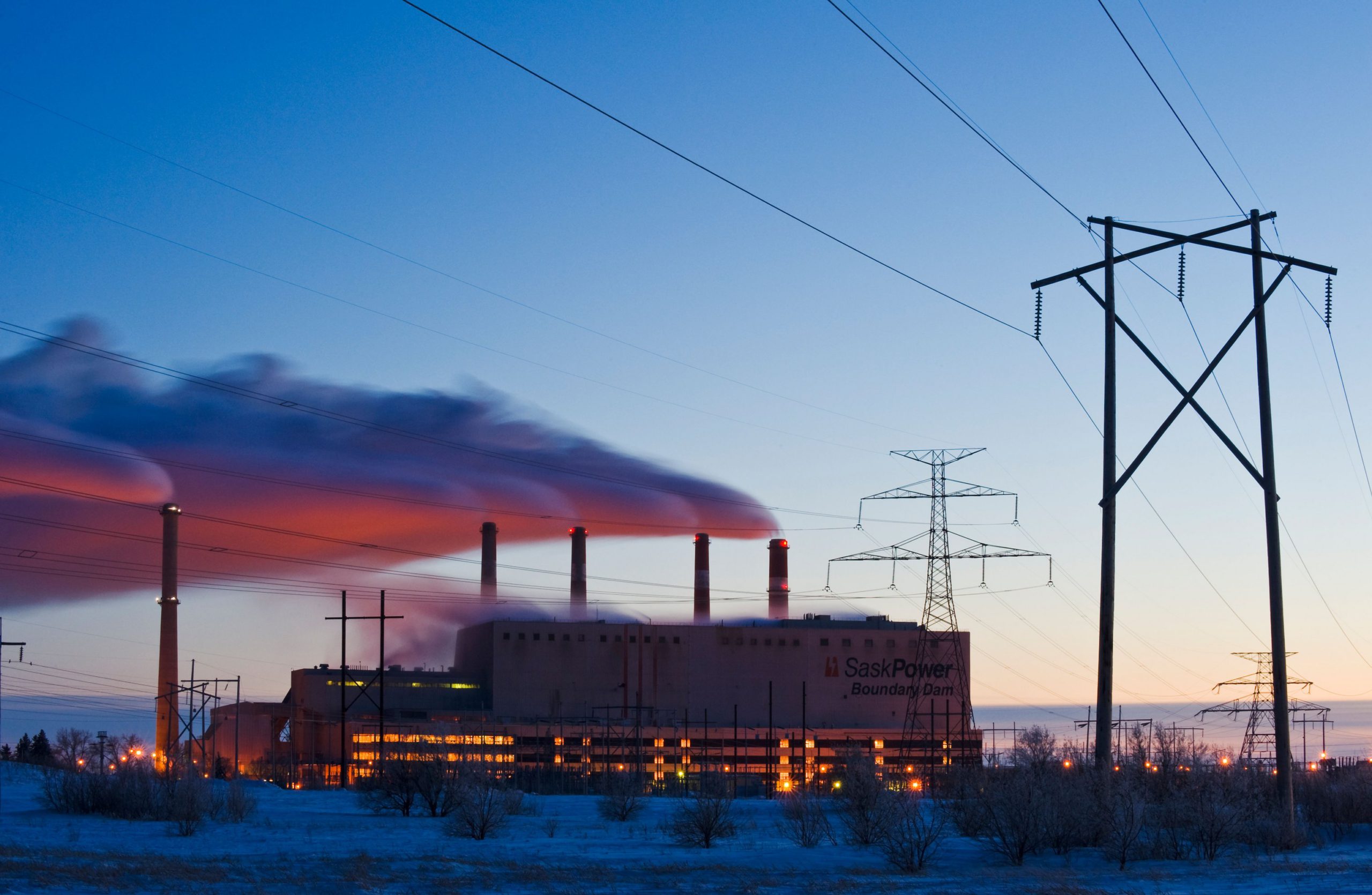 LAPFF member funds should be sceptical of viewing Carbon Capture and Storage (CCS) positively without hard evidence of actual positive impact. Such evidence would mean measured and sustainable permanent decarbonisation, which is not achieved if the carbon dioxide is released again, for example if it is used in drinks or is used for oil recovery where the oil it displaces creates new emissions by the combustion of that oil that would otherwise have stayed in the ground.

Additionally CCS should not be viewed as an appropriate solution without reviewing feasible alternatives to the retention of polluting fossil fuels, given the extra expense involved, including the power requirements and feedstock chemicals needed for the capture process.

• Does the process actually work?
• Is it economical compared to renewables?
• Does it achieve net zero?
• Is its proposed deployment delaying an earlier transition to renewables?
• What is the effect on water resources, and what is the leakage of ammonia?

There has been a presumption that carbon capture on coal power plants would be an essential part of the transition to net zero by 2050. But by mid 2020 the International Energy Authority (IEA) cited only two operational cases in power plants: Petra Nova (the WA Parish Power Plant, Texas) and Boundary Dam (the Estevan Power Plant, Saskatchewan, Canada) both coal burning plants.

The continued use of coal is now increasingly uncompetitive compared to renewables even before taking account of the added capital and operating costs of capture and storage.

In September 2020, it was announced that a new coal plant in Germany, that was only completed in 2015, will be closed by mid-2021. Such plants would have been a prime target for CCS but Germany is heavily investing in wind generation which is cheaper to build and to operate.

It was announced in July 2020 that Petra Nova, which opened in 2017 as a retrofit to the 1977 power plant, had been permanently mothballed from 1 April 2020. The carbon dioxide captured was used to extract oil from depleted oil wells and the fall in oil prices had made the recovery uneconomic. There were also significant operating problems. The CCS plant cost in excess of $1bn and the power plant continues to emit carbon dioxide.

The CCS plant at Boundary Dam in Canada has kept open for a further 30 years a coal fired power plant that would otherwise be marked for closure. The CEO of the power company which owns it had actually described a sister plant ‘Shand’ as a “stranded asset” in the Regina Leader and Post.

Shand is a relatively small, 279 MW power plant. The U$760m cost of retrofitting CCS to that compares unfavourably to the New Mexico project in the USA (see below) which would provide three times more renewable power, 950 MW by way of renewables (650MW) and battery storage (300MW), for a total of only $1bn and with minimal ongoing fuel costs.

The costs in the New Mexico case were compared by the regulators as follows:

“The regulators’ decision to choose the all-renewables portfolio was “basically unavoidable,” Public Regulation Commissioner Cynthia Hall told Utility Dive. A 100% renewables portfolio was the only replacement option that fully satisfied the state’s Energy Transition Act (ETA), passed last year, which requires the state to make an economically just transition to 100% carbon-free energy by 2045, she said”.

There has been a presumption that CCS on gas fuelled power generation would be a solution for low carbon ‘dispatchable’ power, i.e. plants that are fired up to meet peak demand, or when renewables have a lull. That would sit alongside/compete with other solutions such as batteries or pumped storage.

According to the UK’s Department of Business Energy and Industrial Strategy (BEIS) a typical dispatchable gas plant operates with 6% utilization (1.5 hours per day). That makes dispatchable gas expensive with or without the CSS, as the capital and fixed costs have be recovered for those 1.5 hours a day compared to 22 hours a day for base load power.

Given that no dispatchable gas plant with CCS actually exists a report had to be commisssioned by BEIS published in May 2020 and called ‘Start up and Shut Down times in CCS’, to look at how CCS could actually carry across to gas power.

That report has had to tackle the practical challenge that a CCS plant takes 200 minutes to warm up for a ‘cold start’ and 30 minutes for a ‘hot start’ to commence extraction of carbon dioxide. This doesn’t sit well with a gas plant that may only be on for 90 minutes at a time. By the time the CCS process had warmed up the power plant would be switched off.

However, the Global Carbon Capture and Storage Institute states quite definitively, in the present tense: “Flexible power plants with CCS supply dispatchible [sic] and low-carbon electricity as well as grid-stabilising services, such as inertia, frequency control and voltage control. These cannot be provided by renewable generation, therefore CCS complements the increased deployment of renewables.”

That is odd as there is no working model of CCS in gas, dispatcha/ible or otherwise, it only exists as a concept.

The statement too on grid stabilisation needs to be seen against this statement from National Grid (operating as ESO): ‘By 2025, ESO will have transformed the operation of Great Britain’s electricity system and put in place the innovative systems, products and services to ensure that the network is ready to handle 100% zero carbon’.

Zero, or close to zero or not

National Grid has said it can run the UK grid on 100% zero carbon, and the maximum achieved by CCS in power has been headlined as 90% and then there are the upstream emissions.

But in the case of Petra Nova, the 90% that was headlined as extracted was actually 90% of the carbon dioxide from one of the slipstreams of one of the turbines. By reference to the whole plant emissions the capture rate was less than 11%. Added to that the energy required to run to CCS plant had to come from a purpose built gas fired power plant, with no carbon dioxide capture from its emissions.

In addition the carbon dioxide extraction process requires very large quantities of ammonia as solvent. Ammonia is produced from hydrogen, which is currently produced from methane which produces at least the same emissions had that methane been combusted. It is also estimated that the requirement for water of a CCS plant is double the already high amount of cooling water used for power plants.

These issues may or may not be surmountable, but the questions need to be asked, not least with time being of the essence to address climate change and its impacts and in the context of non-carbon energy sources falling in price. The case of Petra Nova shows the risk of adding new stranded assets (the mothballed CCS plant) on top of existing ones.

Is CCS a delaying tactic?

The evidence is that the promise of CCS is being used as a delaying tactic to lock in carbon infrastructure which for a 30 year project starting in 2025 goes past 2050.

Examples of this are two large coal power plants in New Mexico and Wyoming. The power companies that own each want to close and replace with renewable power sources. This is cheaper than running the coal plants and far cheaper than retrofitting them with CCS.

However, in both cases coal interests are trying to keep the plants open with the promise of using CCS. The state of Wyoming is trying to protect its coal industry.

In the New Mexico case the coal plant owner – Power New Mexico – wishing to close its power generation by mid 2022, having replaced the output with cheaper solar power and batteries. The public utilities regulator in July 2020 – as referenced above – approved replacement of coal with renewable power sources from 2022. However, the city in which the plant is located holds an option to buy at zero cost if the plant is to be closed and there is a proposal to keep the power station open, with the promise of CCS.

The Institute for Energy Economics and Financial Analysis says of the New Mexico project: “Barriers include recent closure of similar project, oppositional market forces, no known investors, no customer base, nowhere to sequester emissions” and added “The project continues nonetheless to be touted as a done deal by its promoter, a thinly capitalized startup called Enchant Energy, which was founded and is operated by a handful of individuals who are little known in New Mexico and funded largely by U.S. Department of Energy grants.”

Surprisingly, given that uncertainty, the Global Carbon Capture and Storage Institute (‘GCCSI’) in June 2020 added San Juan with CCS as a facility in ‘advanced development’ ready by 2023 to its catalogue of CCS ‘facilities’. That status of ‘in advanced development’ remains despite reports in the local press in July 2021 that one of the two remaining units (both marked for closure in mid 2022) has been taken off line due to the cooling tower collapsing. There are also press reports that the closure of the water dependent coal power, will help restore scarce water supply, whilst adding CCS, would increase water consumption by 60% or greater.

Also in June 2020 whilst the European Union was finalising its its hydrogen strategy the GCCSI actively lobbied for hydrogen from methane to be treated on a par with hydrogen by electrolysis using renewable energy, known as ‘green hydrogen’, even though the latter is carbon free and the former is not.

The GCCSI proposal is for ‘blue hydrogen’ – which is hydrogen from methane with the carbon dioxide partially removed by CCS. It had done the same a year earlier in a response to the Australian Government. That response invokes the concept of a ‘just transition’ to keep coal mines and coal power plants open, it states “The alternative is the flight of capital, economic activity and jobs from the Latrobe Valley as the existing fleet of brown coal fired power stations inevitably close and are not replaced.”

The GCCSI seems not to appreciate that the concept of a ‘just transition’ is to help deal with such fall-out from decarbonisation, not to prevent it happening.

A reason for renewable electricity being a ‘scarce and valuable’ resource (even though it is actually cheaper, and sunshine is plentiful in Australia)
would be the GCCSI also lobbying to keep coal power in the system.