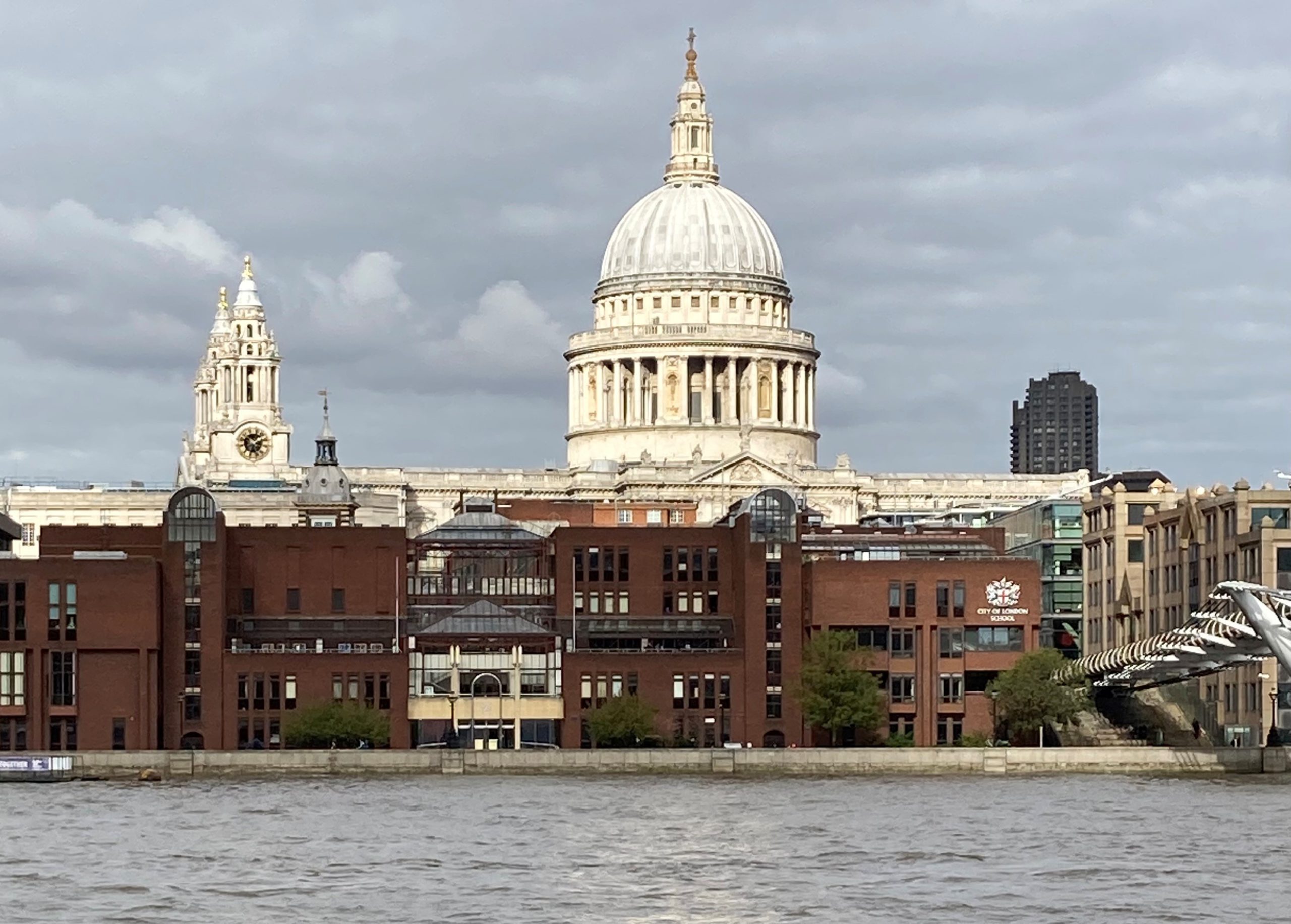 The basics – and what accounts are for

Accounts are required for creditor and shareholder protection because of the hazards of limited liability status of companies. Companies collapse when:-

o creditors won’t fund them (debt can’t be obtained or rolled forwards), and

o shareholders won’t fund them either.

These causes of collapse are inter-linked.

Creditors require cash to pay their interest and repay debt, and that requires cash flow and collateral, being assets net of debt, i.e. ‘capital’.

If collateral becomes negative (as occurs where there are losses present or expected) shareholders may be better off putting capital into a new company rather than throwing good money after bad, losses are left with creditors.

Properly audited company accounts should deal with the above issues.

Proper company accounts have to be prepared on an audited “going concern” basis, unless the “break-up” basis applies. Whether a company is a going concern depends on:

o profits which manifest as cash,

o unless there are supplementary guarantees

The role of auditors

For auditors to audit the going concern basis properly requires accounts that demonstrate the ingredients to being a going concern. Auditors may have got their opinion wrong if:-

o what is shown as ‘profits’ are things that do not manifest as cash and are not accounted for as revaluations. If profits are not cash, then any dividends paid are not funded from profits but will come from depleting existing cash or taking on new debt, i.e. equity extraction.

o instead of assets exceeding creditors, creditors actually exceed assets due to overstating assets, or leaving out liabilities.

Auditors can therefore have got their conclusion of going concern wrong if the accounts are wrong on the trading position, the strength of the balance sheet, including if there is a fraud. Fraud can be a drain on the net assets and the profits.

The system of company law dealing with the things described above is called “capital maintenance” and is the expected standard of accounts the law requires. The crucial ingredients are:-

o on a going concern basis.

In 2019 the House of Commons BEIS Select Committee concluded that defective accounts and defective audits flow from the myth that there is an ‘expectations gap’, i.e. that the public has an expectation from audited accounts that exceeds what auditors are required to do.

The BEIS Committee was strikingly harsh in its comments:-

“We do not accept the attempts of auditors—particularly the Big Four and Grant Thornton—to underplay the role or scope of audit, nor to implicitly blame the public for failing to understand the purpose of audit. Rather, the firms should focus on the poor quality of their audits, and on how they are falling short of what audits are for within the current framework.”

Debunking the expectation gap matters because accounts by the law are required for a public protection purpose, including calling out loss making/insolvent companies, preventing them trading unlawfully, and paying unlawful dividends. Dividends are unlawful if the accounts are materially defective.

Defective accounts will permit trading unlawfully and paying unlawful dividends if, for example, there is a fraud that has not been picked up and the accounts are consequentially inaccurate.

A reason for auditors citing there is an ‘expectations gap’ is for defensive reasons, because auditors might miss frauds and wish to deflect attention to elsewhere to confuse matters. But the law is clear, they are expected to find frauds and are accountable for losses where they are negligent in failing to spot them.

However, as soon as auditors state – wrongly – that they do not have responsibility for detecting fraud, then they will also have to deny responsibility for all the other things that are not necessarily consequences of fraud (the crime of fraud requires intent) but manifest with similar effect. Negligence and mistakes can also result in trading unlawfully, and paying unlawful dividends has to be denied as well. The damage is done irrespective of the intent.

The BEIS Select Commmittee also said in its conclusions:-

‘We were both surprised and disappointed to hear the view from audit firms that because fraud is difficult to detect, the public should not expect auditors to find it.

‘Seldom can a product have been so undersold in public. We were pleased to hear the FRC’s CEO, Stephen Haddrill, subsequently rejecting this notion, telling the Committee that a “mythology” had developed that auditors cannot detect fraud: “The auditor is clearly responsible for pursuing fraud in the company, but there is this mythology that has grown up of, ‘We’re not going to find it’’

However, despite the clarity of Parliament and the Courts the avoidance of dealing with the harms that can be done when accounts are defective – from any cause – has led to accounting standards which allow (and in some case require) companies to leave out losses, including false assets and booking unrealised (cash-less) profits. The standard system has also got the concepts as to what is a going concern position wrong, it relies on management intent, when in the real world it’s the economics.

The going concern position is also likely to be wrong if the numbers are wrong. As with the AssetCo case, if the wrong numbers are signed off by the auditors, the business model will be based on false premises.

In this exchange in an earlier Parliamentary Committee in 2010, the position of the Big 4 auditors being grilled following their giving clean audit opinions on the accounts of banks that were on the brink of – and then did – collapse was treated with incredulity. The auditors stressed their role was ‘backward looking’. But Lord Levene of Portsoken saw the flaw in that argument and said:

“I think I may have missed something here. You said that your job primarily is to look back and report on what has happened and not look forward. But how can you give an opinion on whether it is a going concern if you’re not looking forward?”

Whether the accounts are sufficient to identify whether a company is capable of being a going concern or not (i.e. it can fund itself without support) is a fundamental weakness in the IFRS system and a central point of avoidance in any propagation of the line that there is “an expectations gap”.

Some of the problems are set out in further detail below but they have been hardwired into the International Accounting Standards (‘IAS/IFRS’) system.

The gaps in the system – because of failing to tackle those things auditors wished they were not responsible for – have been grandfathered from some of the largest accounting firms to the UK Accounting Standards Board, via partners in-the-know.

The partners in-the-know would be those that handle the litigation for their firms, and if their own staff, or other standards board members have deferred to that view, then they would be misled too. This would also apply to ‘users’ co-opted into standard setting who took that line as a given.

Essentially, setting standards in accountancy is an example of ‘astroturf lobbying’. The producer interest, in this case large accounting firms, manufactures the appearance of support which otherwise is not there.

PwC administers and hosts a body called Corporate Reporting Users Forum (‘CRUF’). CRUF for example in this letter in response to the 2019 ‘Brydon Review’ repeats the myth of the “expectations gap” several months after the construct had been set out by Parliament as wrong.

By LAPFF’s research every so called ‘user’ represented in various accounting standard setting committees since 2005 had exclusively come from that PwC run Forum.

The CRUF letter states: “The CRUF acknowledges that there is an expectation gap, but this varies a great deal between different types of users. The CRUF feels that the expectation gap is widest for the public and some non-investor interest groups.”

But the BEIS Select Committee had concluded: “We do not accept the attempts of auditors—particularly the Big Four and Grant Thornton—to underplay the role or scope of audit, nor to implicitly blame the public for failing to understand the purpose of audit. Rather, the firms should focus on the poor quality of their audits, and on how they are falling short of what audits are for within the current framework.”

The CRUF letter also displays a classic distraction in dealing with the ‘expectations gap’, it changes the subject from what is actually audited (the accounts) to what isn’t audited as such, other more narrative parts of the annual report and accounts. The CRUF letter misses the point entirely that if the accounts are misleading, but audited, there is little point in hoping that the other parts of the annual report can deal with it.

Have been set with a different objective which is to be “useful to users” lacking any objective meaning. With some of the effects being:-

Rather than fulfilling a function to show how a company is funded (profits, capital and debt) the IFRS system has set up a model that can absolutely obscure that on the dubious premise the IFRS model is instead useful for valuation purposes. Such a premise is flawed logic. If a set of accounts isn’t reliable for determining whether a company is a going concern or not, there is little point trying to value it.

LAPFF also obtained two independent legal opinions from George Bompas QC, in 2013 and 2015 which dealt with problems regarding the accounting standards regime.

The replacement of the FRC

By 2017 LAPFF had concluded that the regulator of accounting and audit matters, the Financial Reporting Council (‘FRC’) was not fit for purpose. LAPFF made that clear in no uncertain terms. This included the recommendation “that the FRC needs to be disbanded – and a replacement body reconstituted under primary legislation.”

The Treasury Select Committee had concluded that the position of the FRC in the way it had dealt with the collapse of HBOS was as “inexplicable as it is unacceptable”.

The Government then announced there would be a review of the FRC, and commissioned a review by Sir John Kingman. That review concluded that the FRC needed to be replaced by a new body to be called the Auditing, Reporting and Governance Authority (‘ARGA’).

The final report of the Kingman Review recognised that the FRC had been designated a public body but had not been operating as one.

The transition to that new body remains work in progress as Parliamentary time is found to deliver ARGA through primary legislation.

LAPFF Annual Report 2020 – A difficult year: How the Forum engaged with companies during the Covid-19 pandemic